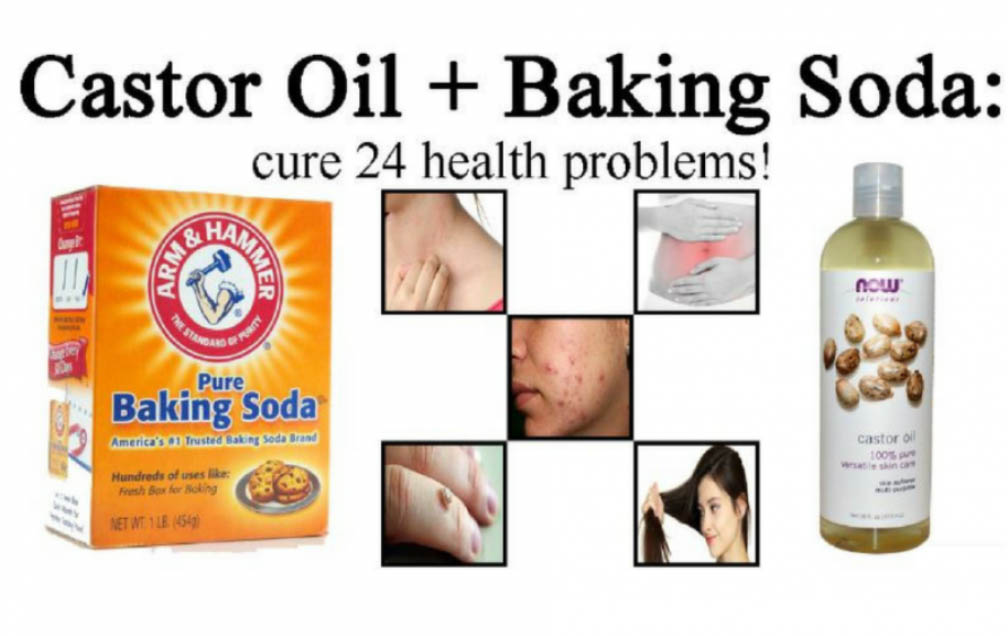 Castor oil is an oil derived from the Ricinus communis plant that has been used against various ailments for centuries. There’s a long list of health benefits of the oil. It has mainly been used for digestive and skin problems, but it can also resolve problems such as hair loss. Castor oil and its derivatives are now commonly used in soaps, lubricants and other cosmetic products due to its incredible properties.

Most of the oil’s properties can be attributed to ricinoleic acid in it. The oil is not toxic unlike the seeds of the plan. The oil has been used since ancient times, with traces of it found in the pyramids. Ancient Egyptians used the oil in detox cleanses and for beauty purposes as well. The oil was also used to treat joint inflammation and pain in the form of compress. It’s a simple remedy for a variety of health problems.

And, although castor oil is certainly beneficial on its own, it works much better when used in the form of compress with baking soda. To relieve painful joints and muscles, you need to clean the area with baking soda and water first, then dip a piece of gauze in the oil and apply it on the area. Next, wrap with aluminum foil, then put a bottle with hot water on top. Wrap everything with a towel and relax for an hour. This will keep the area warm and relieve the pain in your joints.

The same compress can be used for other health problems including varicose veins, digestive problems and PMS symptoms. Here’s what castor oil or the combination of baking soda and castor oil can help you with: