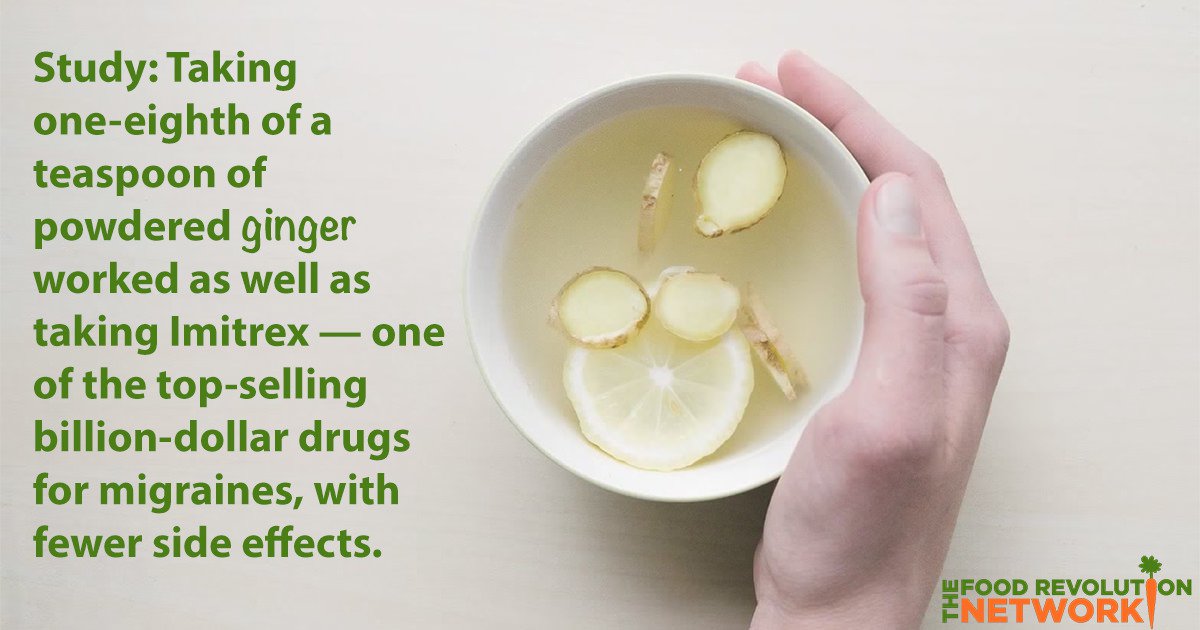 If you’re a migraine sufferer, you know how difficult a migraine can be. They are so much more than aggravated headaches and affect about 1 billion people around the world. Migraines cost the taxpayers billions of dollars annually, which is why everyone’s trying to resolve them naturally.

Migraines are usually treated with painkillers and similar drugs which have a variety of side-effects. These range from vomiting and nausea to dizziness and loss of focus, so treating the problem with pills isn’t exactly the best solution. Luckily, scientists have been hard at work on identifying a potential natural treatment and they may have identified it.

A double-blind randomized trial which involved more than 100 migraine sufferers compared the effects of sumatriptan, a common migraine drug against the effects of ginger. The scientists gave the patients a standard dose of the drug vs. 1/8 teaspoon of ginger extract and both worked just as good. However, ginger had fewer adverse side-effects, while the patients given sumatriptan experienced vertigo, dizziness and heartburn. The only side-effect of ginger was stomach discomfort, in only 1 out of 25 people

And that’s not where the benefits of this incredible root stop. For years, ginger has been used as a folk remedy against different types of pain and digestive problems, while recent studies have shown it has the potential of destroying various types of cancer cells. Due to the lack of side-effects, we strongly recommend trying ginger for your migraines and see how it works yourself.